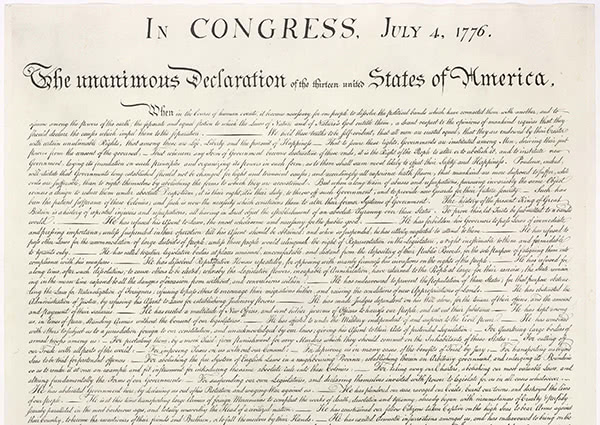 A Pew Research Poll recently found that only 3% of American’s say they have a “great deal” of confidence in elected officials to act in the public’s best interest. Sixty-one percent believe that significant changes are need to fundamentally fix the design and structure of our government. These are not encouraging numbers.

Trust has been lost in our institutions across the board. The same report shows that only 5% think business leaders act in the public’s best interest while 8% say the media looks out for their best interests.

We can fix this and move America forward again. Trust can be reestablished. By voluntarily choosing to not take special interest money or bow down to the two-parties demands, Independents can address these concerns and needs. That’s why Unite America has endorsed my candidacy and I will stand by their Declaration of Independents.

A Declaration of Independents

As growing partisanship threatens to deepen the divides in our country, we join together as political independents to declare five common principles that we believe can unite a new movement to repair our politics and restore the American dream for future generations.

First, we put the public interest ahead of any partisan or special interest.
Government should represent “We, the people” — not the party leaders or those who can buy access to power. As independents, we believe good governance is about rising above petty partisanship and putting the people first.

Second, we use common sense and find common ground to solve problems.
We reject today’s zero sum politics and desire to work together with Democrats and Republicans in an inclusive and civil manner to get things done. As independents, we think for ourselves, understand different perspectives, follow the facts, identify root causes, offer new ideas, and make logical decisions.

Third, we stand for the timeless values of opportunity, equality, and stewardship.
We want to empower every American to realize their full potential, uphold equal rights for all under the law, and ultimately leave a stronger country for the next generation. As independents, we believe in both fiscal and environmental responsibility.

Fourth, we champion competition, transparency, and accountability in politics.
We seek to rebuild Americans’ trust in government by holding ourselves to the highest standards of honor and honesty and by fixing the broken incentives that contribute to political dysfunction. As independents, we support reforms to ensure our political process truly represents the people —  including the way we draw district lines, fund campaigns, and run elections.

Fifth, we believe in the shared responsibility of civic engagement.
As Americans, we understand it is our civic duty to be informed and engaged on important issues. As independents, we encourage increased citizen participation in our political process and in service to our country.