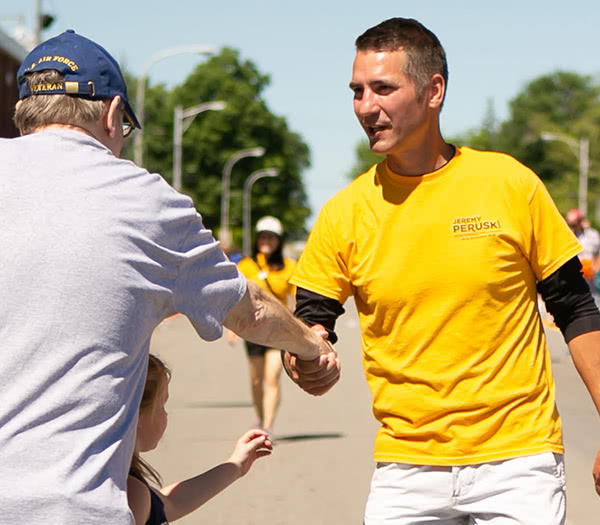 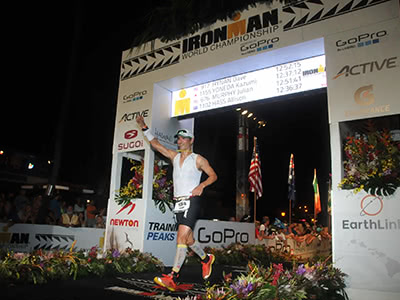 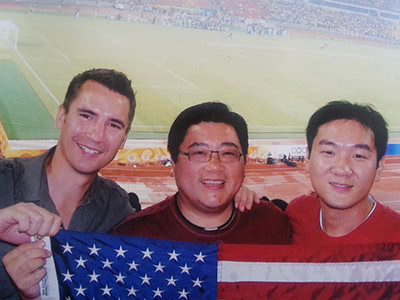 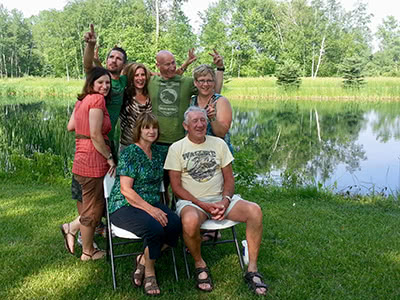 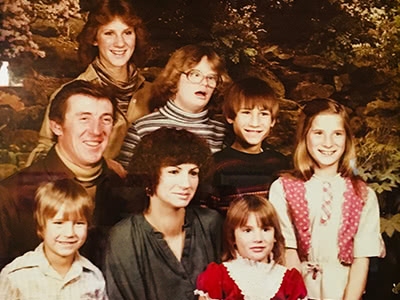 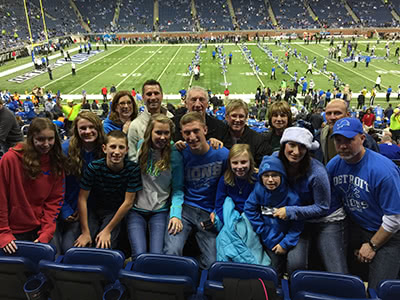 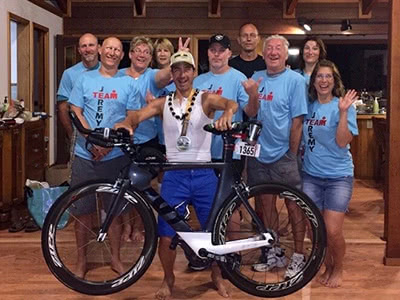 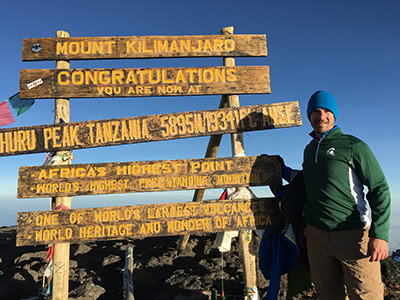 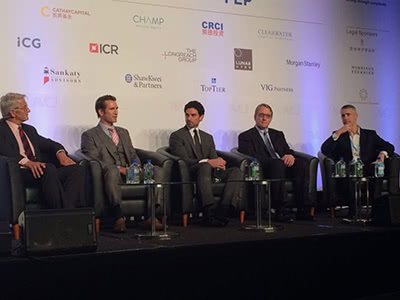 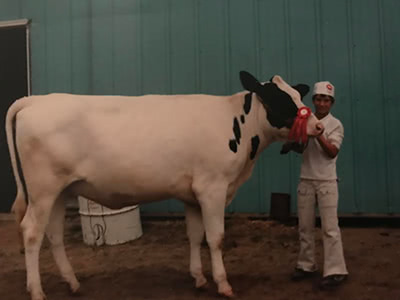 Crossing the finish line for the Kona, Hawaii Ironman Triathlon in 2015

At the 2008 Beijing Summer Olympics celebrating the US Women's soccer Gold medal.

Fooling around in a family photo

Childhood family photo (Jeremy is below his dad)

Speaking at a Global Investors Conference in Hong Kong

Showing his cow at the 4-H Fair in Sandusky, Michigan

Jeremy Peruski was born and raised on a small dairy farm in Deckerville, where he and his five siblings were taught the importance of hard work and collaboration. At 44 years old, he has spent his career working with leading technology companies in the US and China, learning firsthand the threats and opportunities that Michigan will face in the future. Jeremy is running to be a voice for the hard-working American families of Michigan’s 10th Congressional District. Jeremy is running as an Independent because he believes your representative should only be responsible to the voters who send him to Washington. Not political party leaders, special interests or corporate donors.

The first in his family to attend college, Jeremy put himself through Michigan State University working road construction jobs while earning two degrees, including one in International Relations. Determined to explore and understand the world outside Michigan’s borders, Jeremy first landed in Washington, D.C., after graduation to work in finance. After six years in Washington, Jeremy felt a need to better understand the forces of globalization, which were beginning to impact his home state of Michigan. Hearing more and more about China’s increasing presence in global trade, he took a bold step and, without knowing a word of Mandarin, picked up stakes and moved to China. During his time in Asia, Jeremy gained invaluable knowledge, understanding and skills by taking leading roles as an intermediary between U.S. companies expanding into China and Chinese companies investing in the United States.

Despite his success in Asia, Jeremy’s heart still remained home in Michigan. After his father was diagnosed with cancer in 2016, Jeremy spent the year shuttling back and forth to Michigan, juggling his business obligations with the responsibility of caring for his family. When his father passed, Jeremy felt it was time to step away from corporate life and reassess his priorities. Spending more time at home and reconnecting with family and friends in the Thumb, he was astounded and disheartened that his community—like many across the U.S.—harbored so much anger and resentment towards our political establishment. A political system that, until recent years, was the envy of the world.

In Michigan, Jeremy heard too many stories of the empty promises both political parties made to voters. He saw the deficiencies of a political system that had stopped representing the people and been wholly corrupted by big donors and special interest groups. He was dismayed at the extent to which party-driven political fights had divided family and friends throughout the 10th District. He decided to direct his own energy towards healing the rifts in his community—where so much more unites us than divides us.

Jeremy also believes his experience—shaped as much by his time on the farm in Deckerville as by his time doing business in China—gives him a unique perspective on how to best position Michigan as a leader for the advanced industries and jobs of tomorrow. His experience abroad has shown him that the rest of the world is catching up in the areas that always made Michigan strong. He is certain that unless America leads the world in advanced industries like electric vehicles, artificial intelligence, and robotics, countries like China will further threaten our global leadership. With his understanding of the world’s changing economy, Jeremy is prepared to do all that is necessary to keep our district competitive in an increasingly globalized world.

Complaining doesn’t fix a problem. Jeremy is running for Congress because he was raised to take action to right a wrong. When cows got sick on the farm, complaining didn’t help; they needed to be tended to. When trying to figure out how to pay for college, he didn’t complain about the costs; he found work and took out loans to cover his expenses. And when he decided to take a risk to move to China, he didn’t know what the future held, but he knew he would figure it out and succeed.

Today, he believes that the best way he can take action toward strengthening his community, bringing sanity back to Washington, and growing Michigan’s businesses again is to run for Congress as a true independent. Independent of the two-party system that has resulted in elected officials caring more about their respective party than getting things done for their voters. Independent of corporate and special interests’ corrupting financial contributions, and the strings attached to their campaign donations. Independent of everything but the voices of the people/voters of Michigan’s 10th District. It all begins with YOU, the voter, taking your voice back. It’s time to change direction, get back to work and bring to Washington the voices of the people ready to move America forward again.